I've finally put Muddy Linux together, it worked well up at glade, this version has been called 0.1 by piertopier. It is missing some bits I want it too have but its also much neater and bug free than last time.

Muddy is an offshoot of Pebble Linux, built for doing large area wifi nets. Its a self building mesh (ish) network using WDS and OSPF to build a network.

I can say with confidence this version actually works.... Not as well as it one day will. You can get it from the piertopier.net wiki temporally 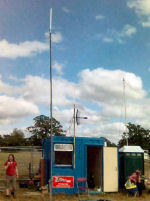 Glade was a success, PierToPier.net's WiFi network covered most of the site, and worked pretty much flawlessly. We're dead chuffed.

For those of you who are interested in my "muddy linux" wireless stuff I will patch in all I learned at Glade and put out another source soon.

I've been busy, PierToPier.net has been very busy. After a torrent of troubles with Locust World MeshAP on wifi net on the beach. We rather hurriedly rushed my Pebble based system called "Muddy" into service. 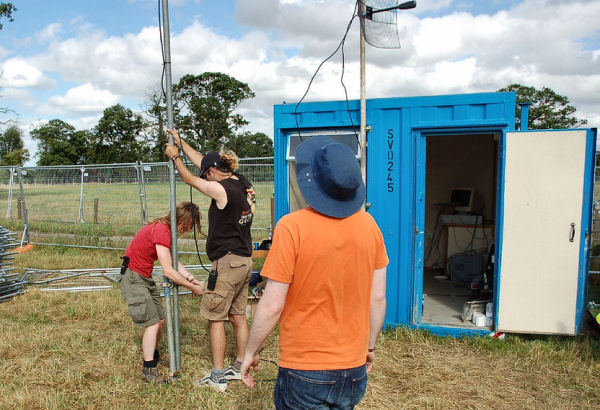 This was being build ready for the Glade Festival. And is working well in both locations. I'm not saying that there haven't been issues, bug, glitches and moments of complete confusion. There have. But basically the system works.
Its inter-operable with correctly setup Linksys WRT54GL access points running my versions of OpenWRT "Rusty"
It nice to see all the data flowing in from the beach. see The piertopier stats System I've Writern