Now I can stream from a PI Zero. 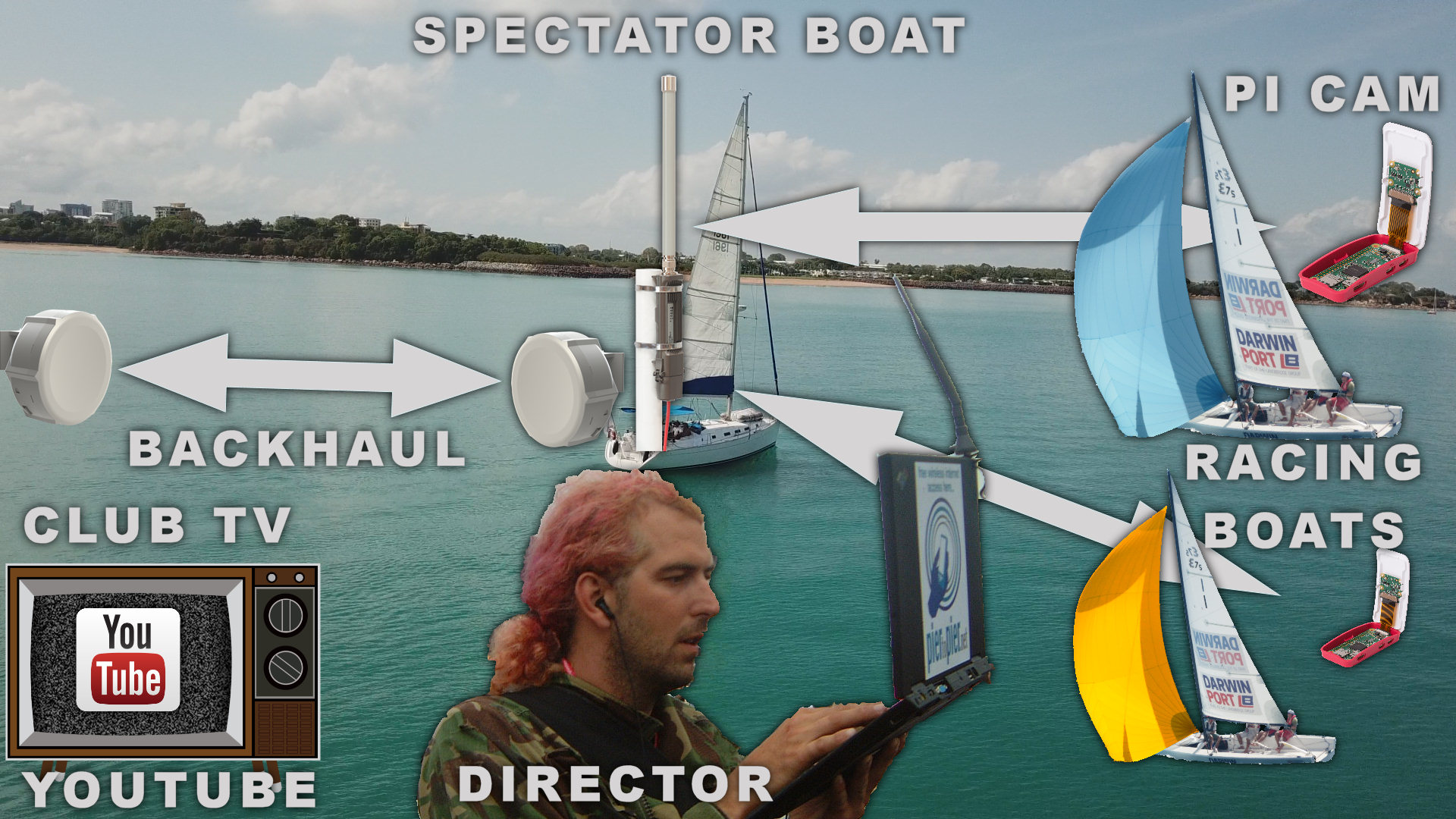 This is the plan (as published on PierToPier.net)

Last year we used Andromeda (a Farr 11 sailboat) + an inverter , a camera and a laptop to stream a match racing regatta.

This year I plan to do better.

this was a bit of a pipe dream till today!

with out the WiFi setup what you need to do is:

this appears to work well - as in OK quality and frame rate. I'll do a proper how to on PierToPier.net later, after the rest of the todo list.

I've been live streaming to youtube with my Rugby Club and Sailing Club. I've re-built an app to put an onscreen display, scores and countdown timer on the screen.

"How come the America's cup can't stream live but Darwin Sailing Club can?" Twitter. Patronising southern bastard. Me is why!

I used a bit of software from OBS's (Open Broadcast Studio) forums called Scoreboard+ last year. I prettied it up with Javascript and jquery. It had source code. yay!

Written in QT, and built with Visual Studio (If i said I understood QT/VS I'd be lying). Source Code is in with it. here's the old version in action:

Should work pretty well for anyone live streaming using OBS on windows - should compile for a MAC if you have a MAC.

Main differences between my version and the original.

Why? Well moslty to make it "idiot proof" the idea is for Rugby People to operate it, while I have a beer. Hence the dropdowns and setting 80:00 as the default time all I have to do is train them to start and count. And yes I'm a second row and a geek.